Because of its limestone bedrock, and in addition to its caves (hypogeal phenomena) Monte Baldo displays a large variety of landforms that are related to the corrosive action of surface water (epigeal phenomena): dolines (sinkholes), uvala (compound dolines), karrens (furrowed surfaces) and kamenize (solution pans).

Dolines: dolines are depressions in the ground caused by erosion and by the mainly chemical dissolution process of the bedrock. The bottom of the sinkholes is usually covered with red earth, clay sediment or debris. In some cases, the bottom of a doline has an opening through which water is disposed of; sometimes, dolines are interconnected with underground vacuums (ponors) that can reach considerable sizes.

Uvalas: uvalas are asymmetrical and irregular depressions in the ground formed by the coalescence of several dolines; they are much larger in size than individual dolines and their floor is characterized by a sinuous and irregular shape, with many different inclines.

Karrens: (lapies or grikes) karrens are deep grooves that result from the weathering action of rainwater on rock surfaces. Erosion occurs by processes that are both chemical (dissolution of the calcium carbonate of which these rocks are composed) and physical (surface runoff generated by rainwater or melting snow): water flows down a rocky slope that is eroded along the lines where dissolution is most intensive.  These lines turn out being parallel to each other because of the uniformity of the incline.

Kamenitza (or “solution pans”): kamenize are pits in the bedrock measuring a few decimeters wide and a few centimeters deep that often collect small amounts of water on the bottom. They are formed by the corrosive effect of the carbon dioxide contained in stagnant water (and not through the action of running water). Kamenize start off as small depressions that grow progressively larger. 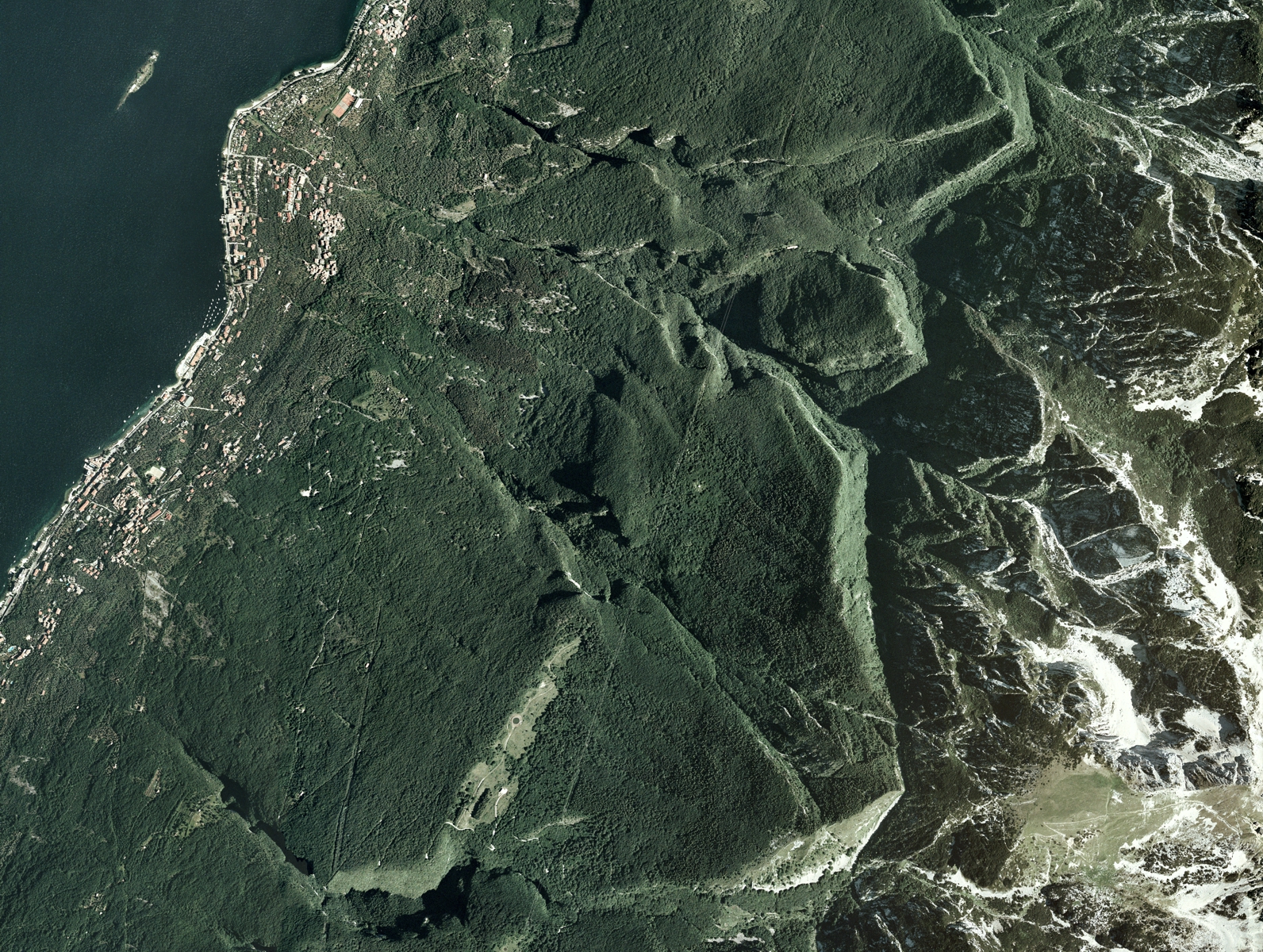 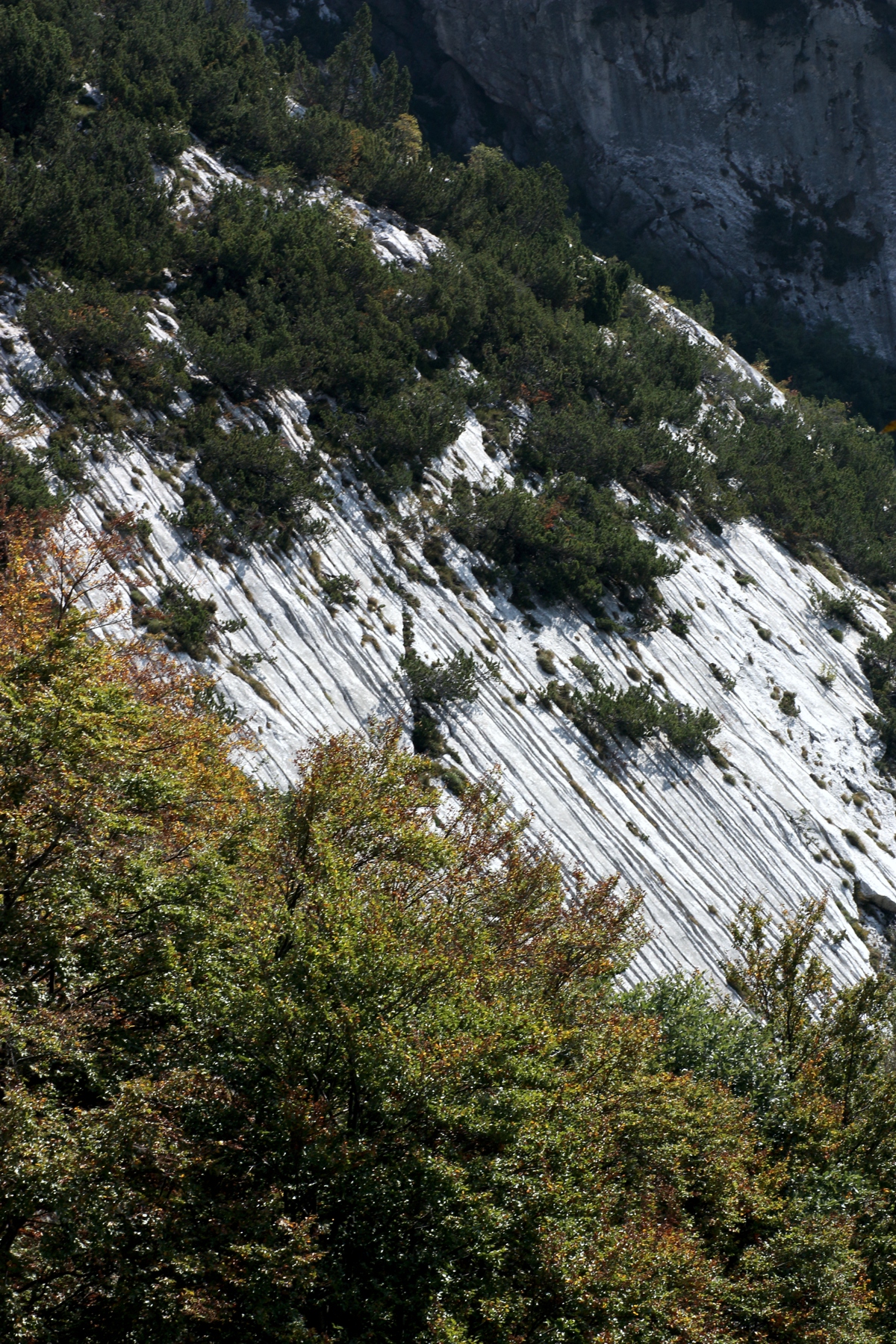 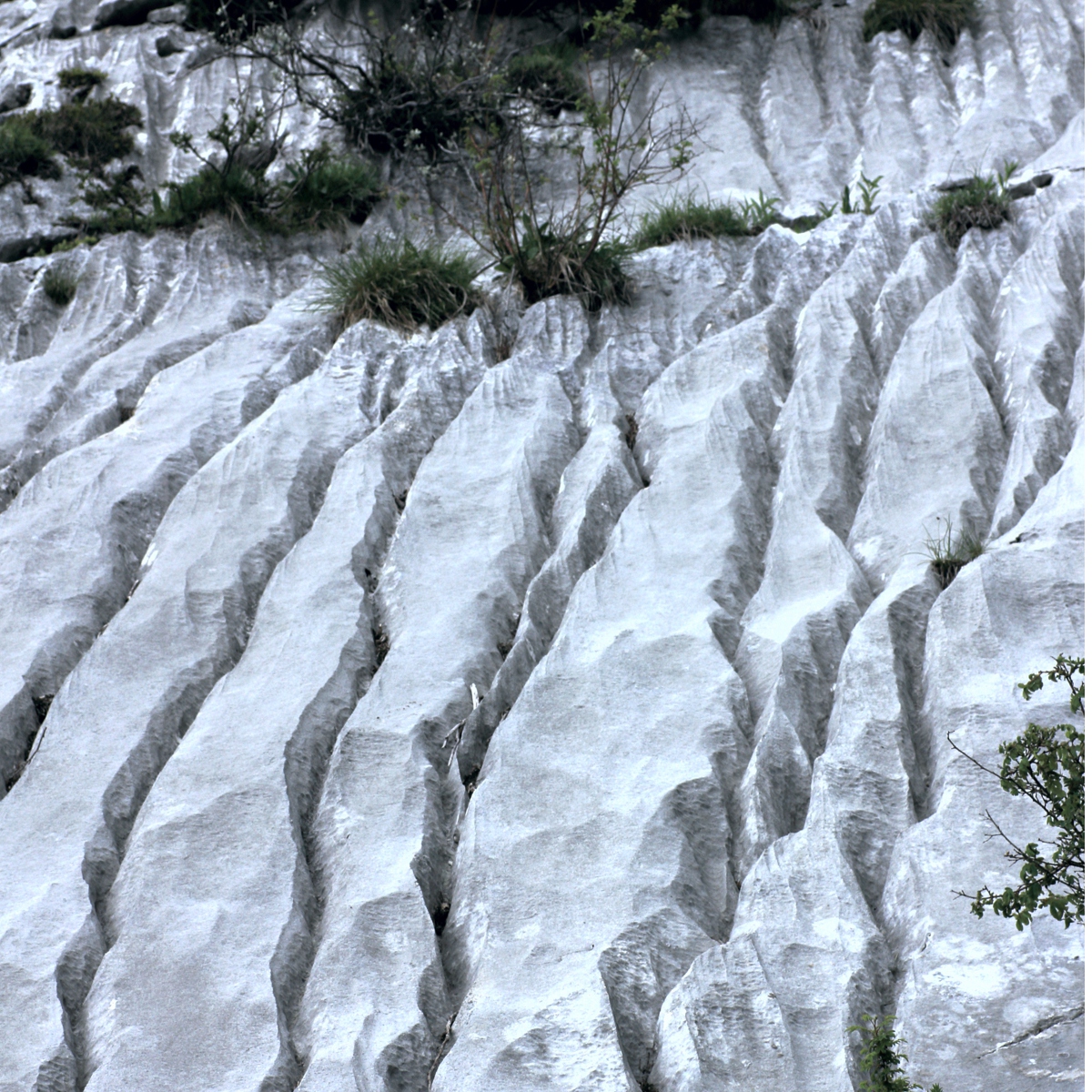 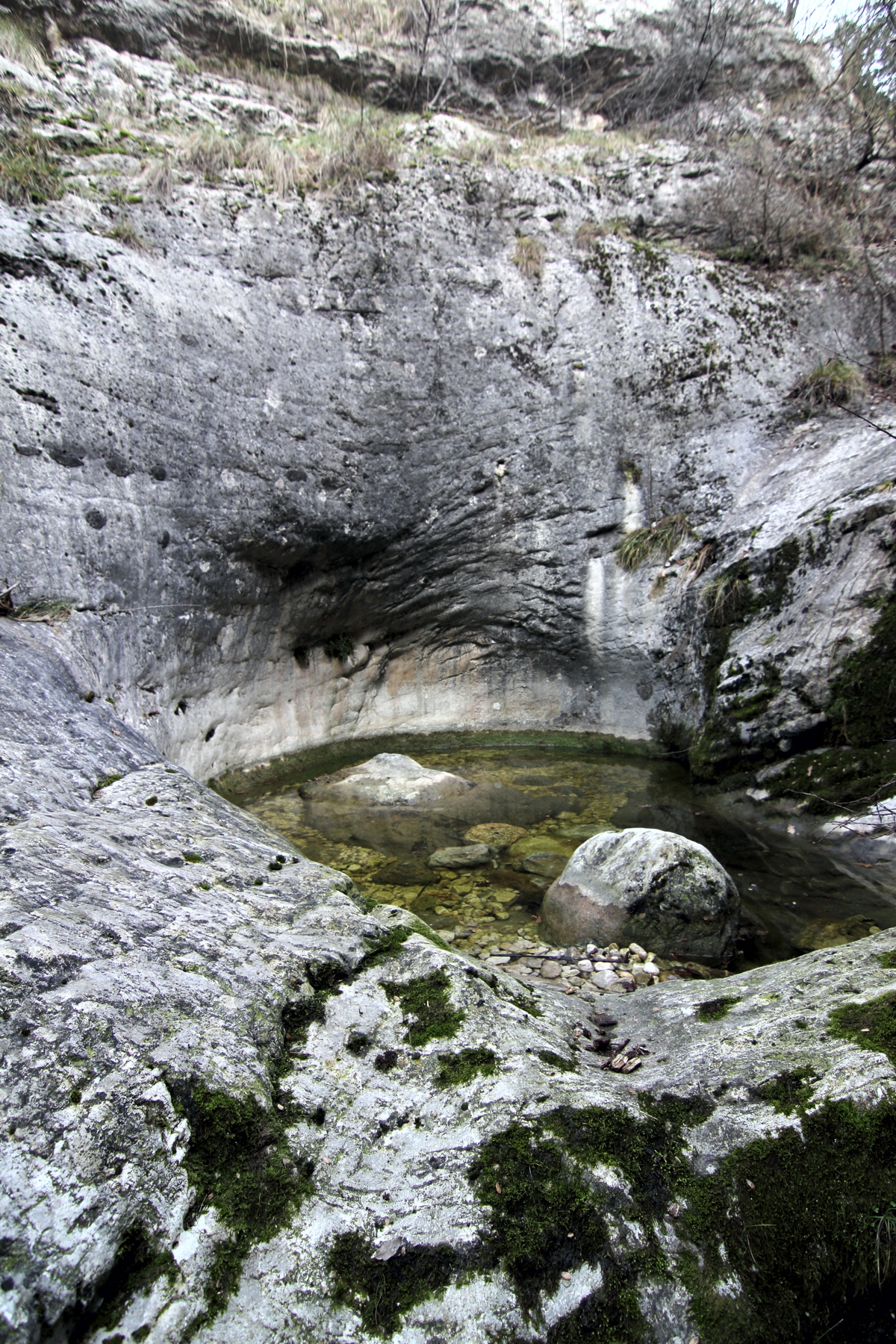 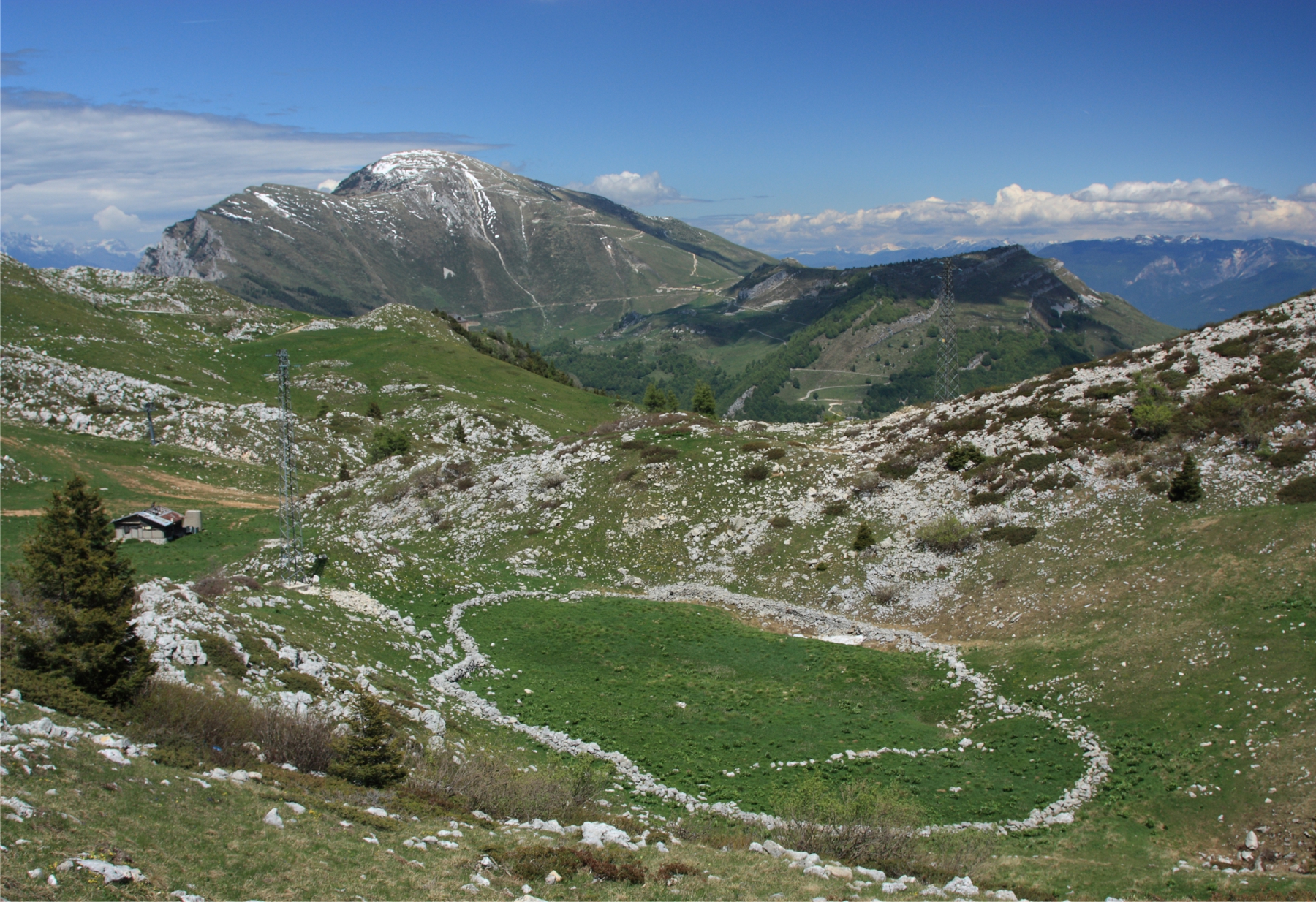