The Adige River Valley separates Mount Baldo from the Mounts of Lessinia. Both form two impressive flanks that slope sharply down to the floor of the valley. The succession of ice tongues during the various glaciations of the Quaternary Age resulted in the typical U-shaped section of the valley that reaches the upper limit of the glacier, which is still clearly evident in some places. The bottom of the essentially U-shape valley was made more complex by moraine deposits.

Upon recession of the glacier, the river filled the deepest part of the glacial trough with alluvial deposits; the lateral valleys ended up being suspended and the torrential waters coming from them (that often formed waterfalls) transported large quantities of solid material that resulted in the formation of numerous alluvial fans.

Alluvial fans are lateral structures that with their alternation on the two flanks of the Adige River Valley have determined the typical sinuous course of the river and also the formation in the past of a series of lakes (hence the local name of the valley Val Lagarina) that have disappeared due to the works of reclamation and regulation of the water regime. Over the centuries, the largest alluvial fans were chosen for human settlements and farming, since they were the only places safe from floods and changing courses of the river. 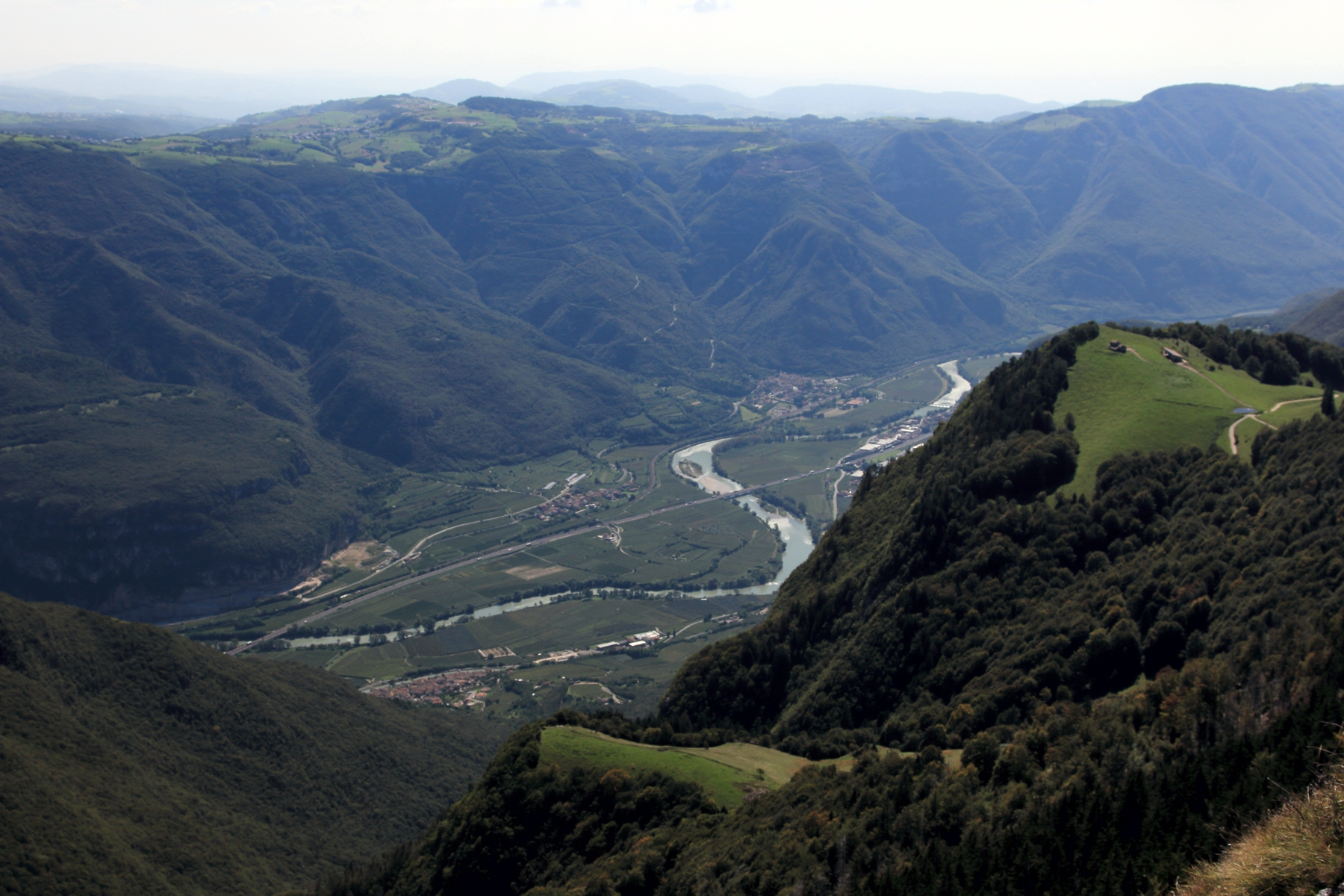 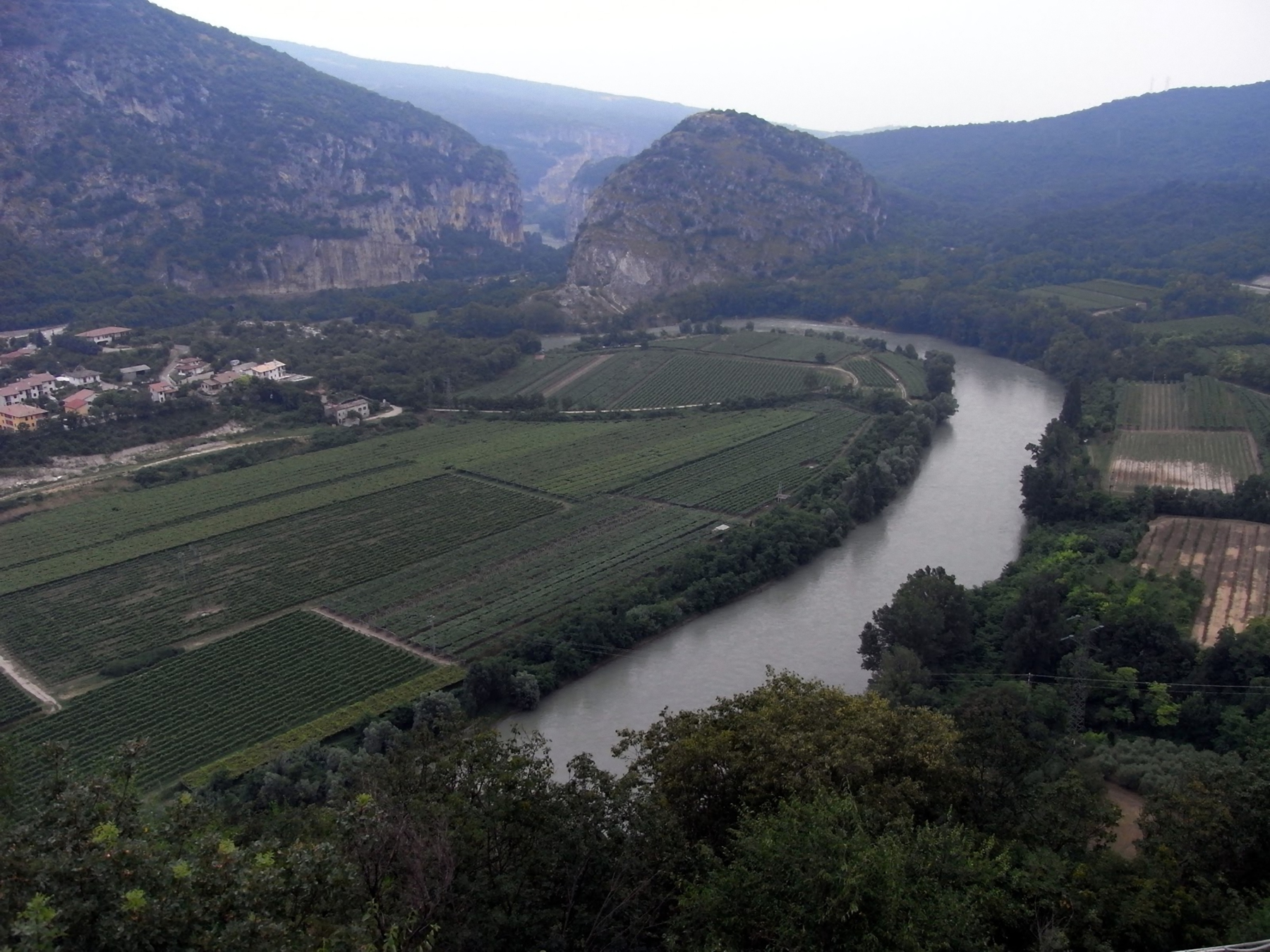 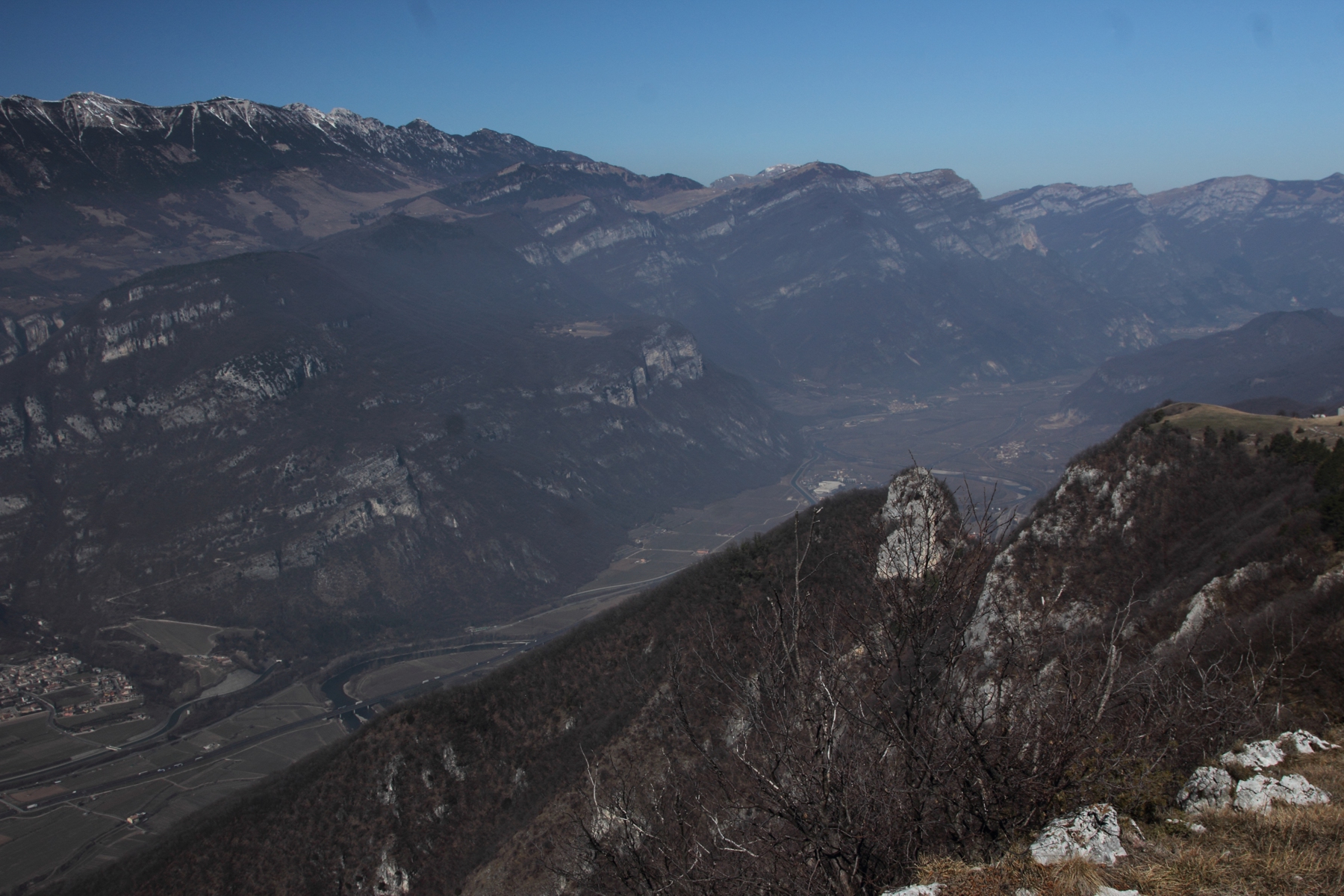