This alpine hut is an ancient property (colonèl) of the community of Caprino.  The structure and characteristics of the hut’s main building, the “baito”, dating  back to the 18th century, are similar to those of many other alpine huts of the Mount Baldo area: they are always located on ventilated hillocks in order to favor the conservation of milk during the summer months, and there is always a milk room, the “logo del late”, and a the fire room, the “logo del foco”.  Under the milk room is often located a small vaulted barn that was used as shelter for newborn calves or for sick livestock.

The “logo del late”, or milk room, is where milk was allowed to rest in wide and low circular wooden containers (mastèle) so that the cream from which butter would be obtained could surface.  To ensure adequate ventilation, the room was always located on the side of the hut overlooking the valley, and was often semicircular with small windows protected by screens of stone slabs.

The “logo del foco”, or fire room, was always made to face the slopes; it had a characteristic fireplace projecting from the building itself in order to prevent the roof (which was initially built out of reeds called “canel”) from catching fire and also to contain the “caldera”, a large copper pot where skimmed milk was heated for further processing into cheese and ricotta. 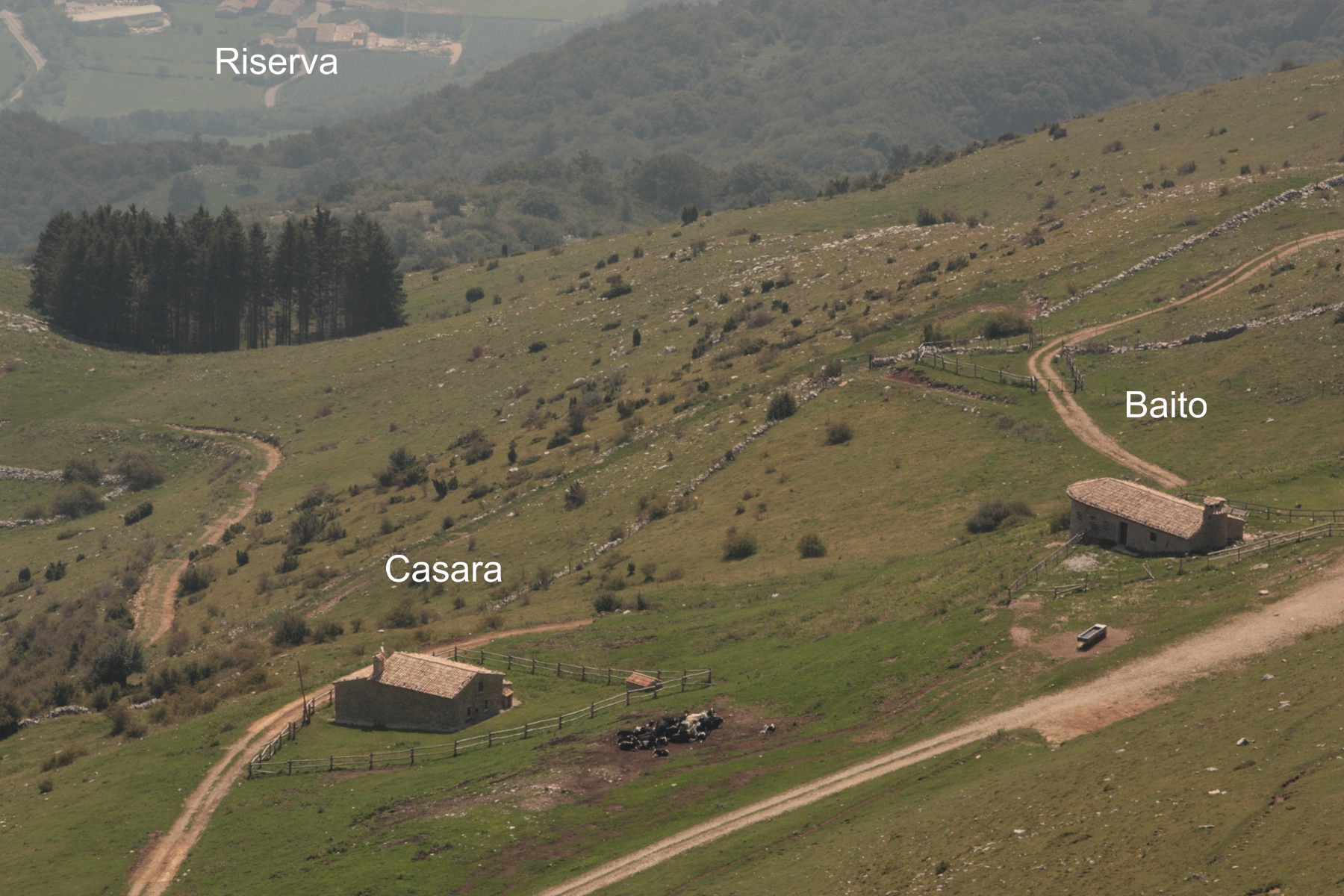 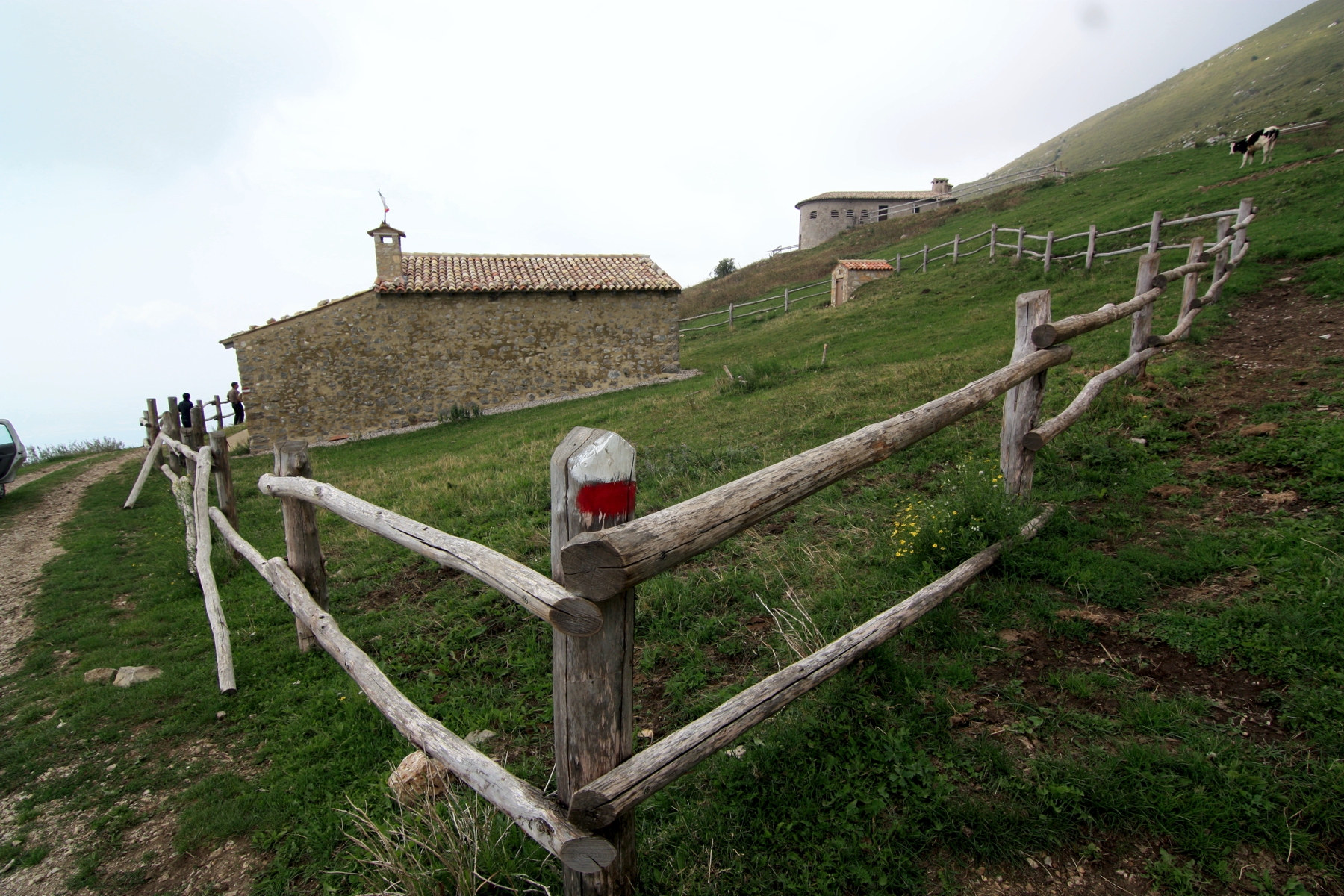 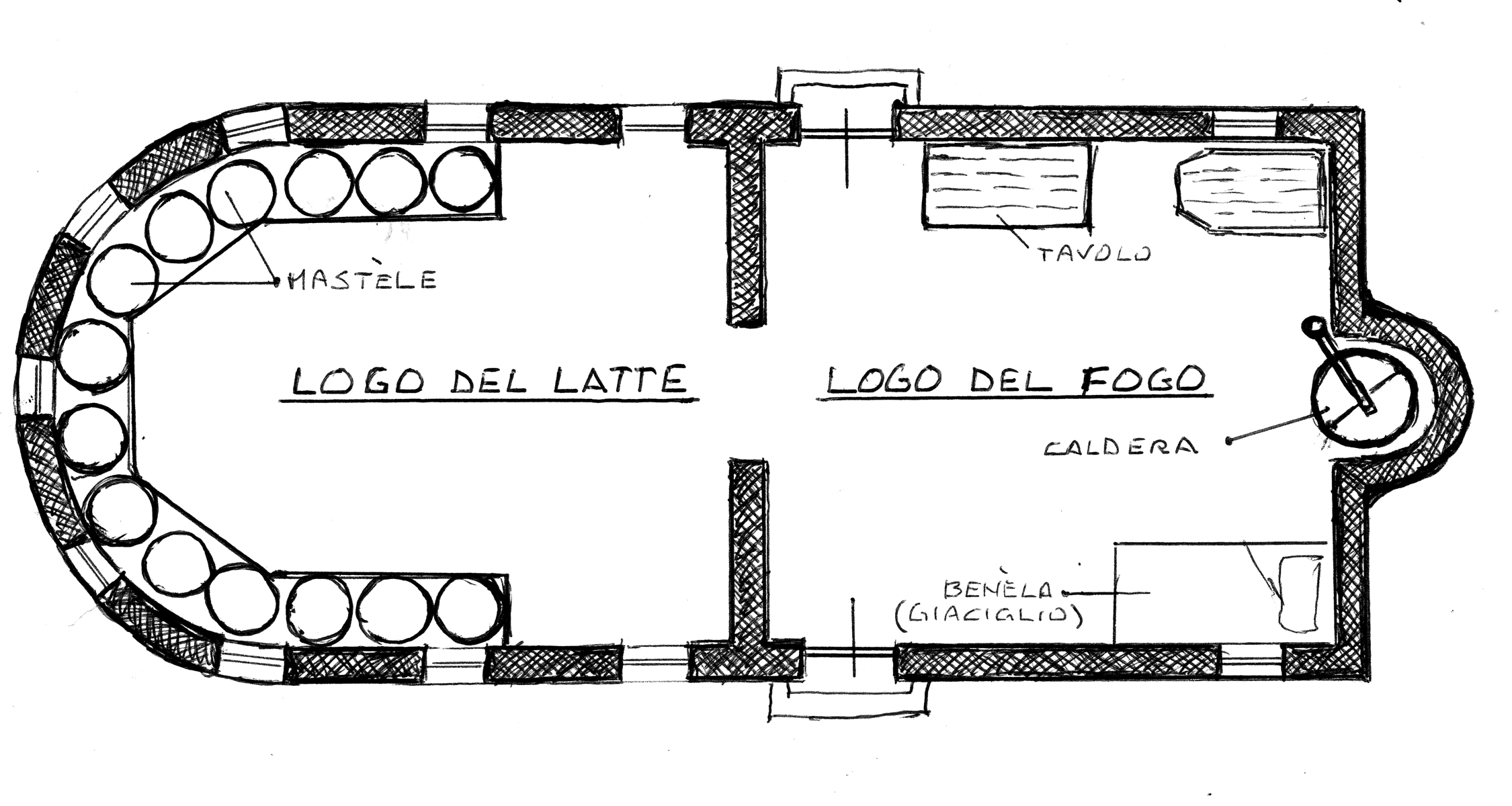