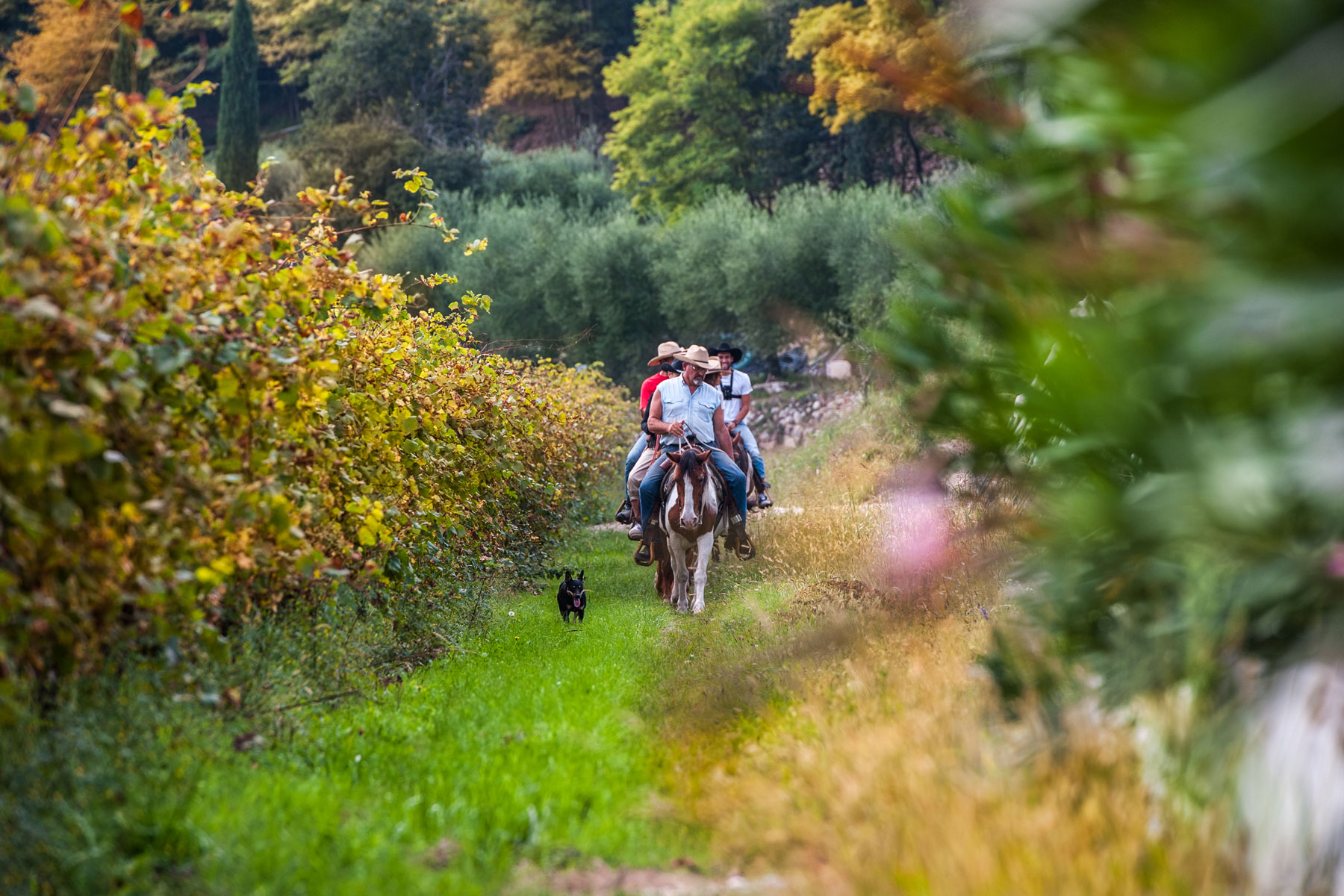 The three new horse trails, about 110 kilometers, have been identified and traced on the Baldo in collaboration with the municipalities crossed, and are the first in Italy to reach over 2000 meters, connecting two different regions: Veneto and Trentino 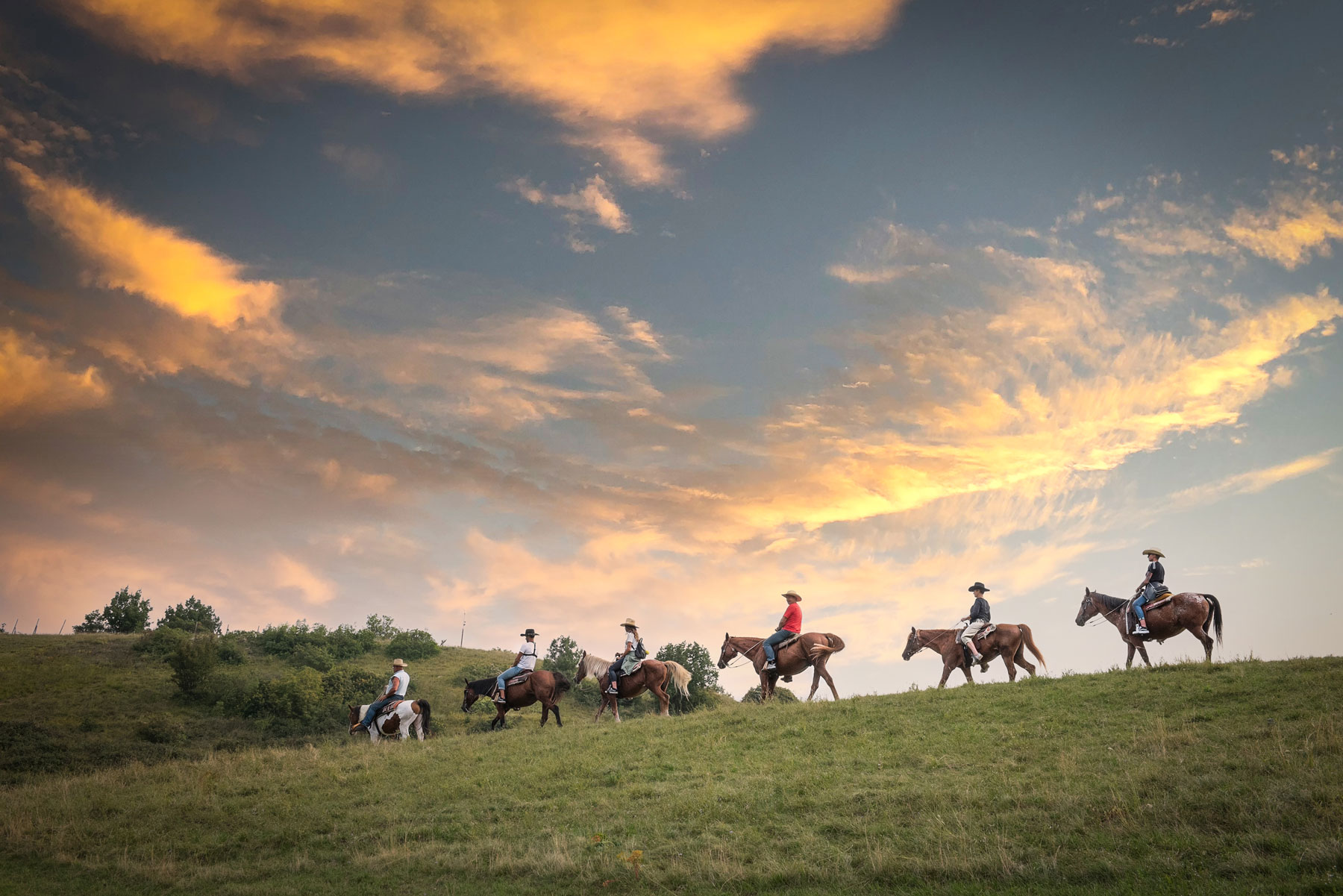 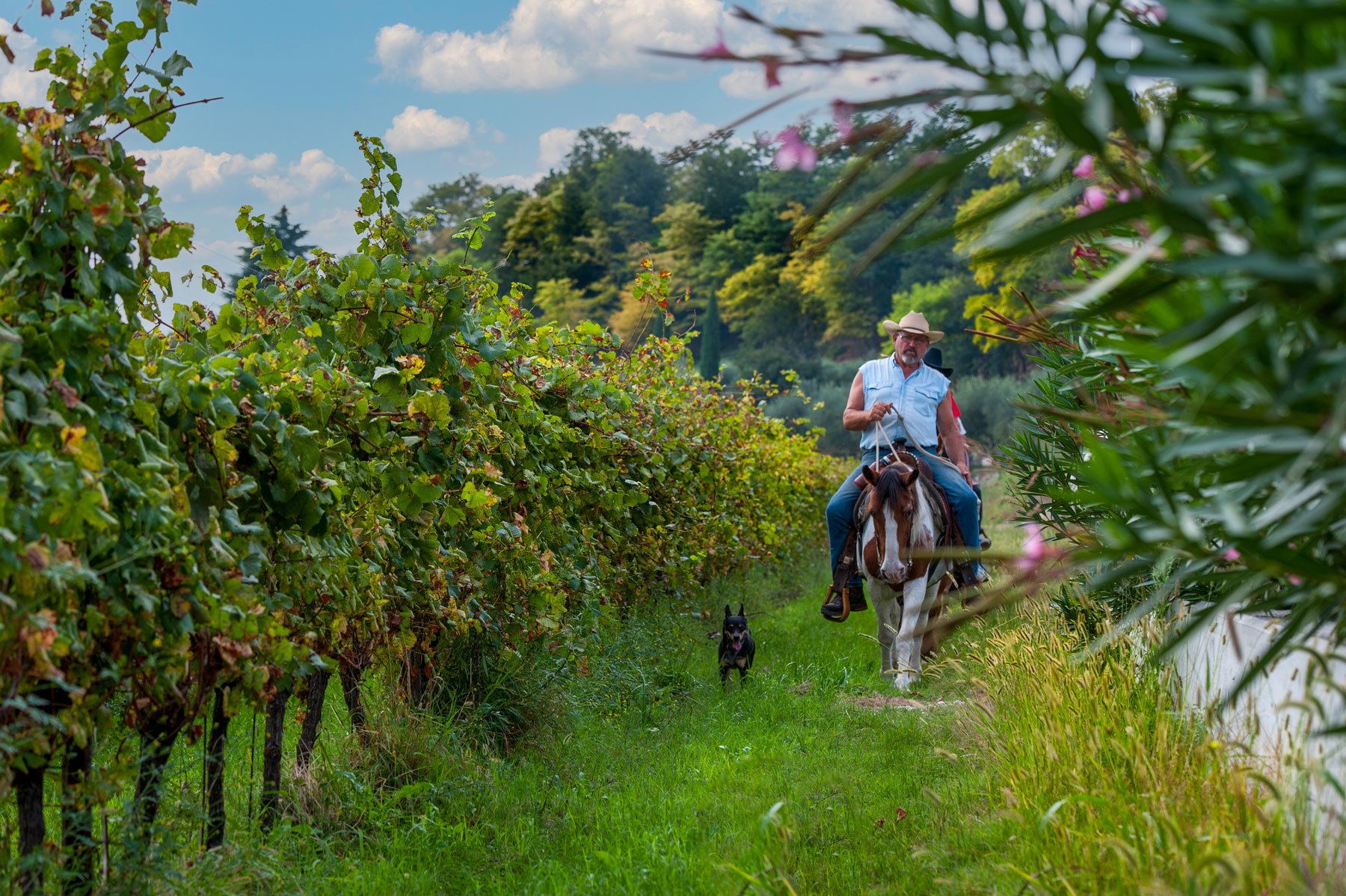 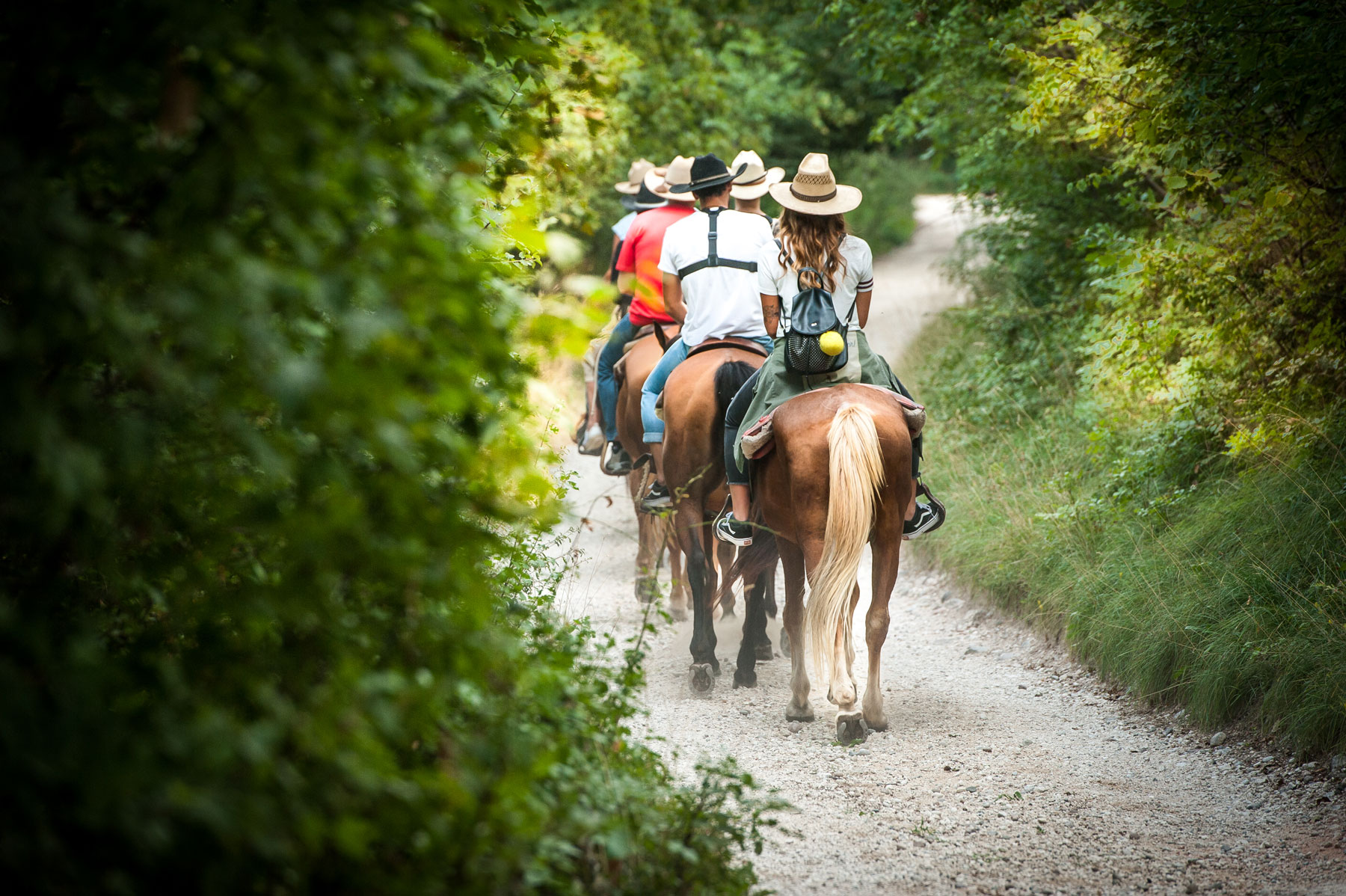 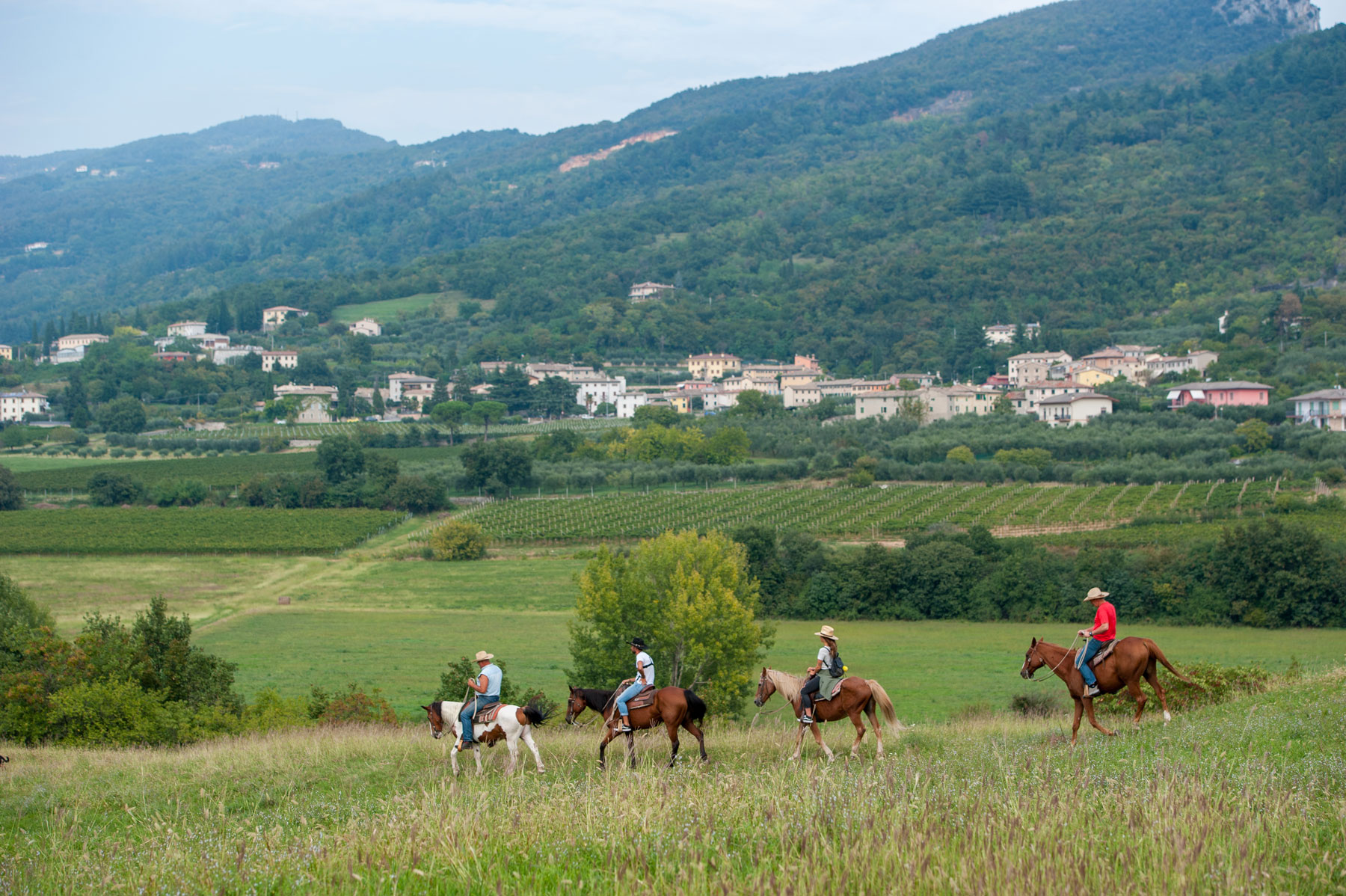 It starts from Prà Alpesina (1102 meters) and reaches the 2059 meters of the Damiano Chiesa sull'Altissimo refuge in Trentino. There are 30.5 km that represent the maximum immersion in the nature of Monte Baldo, through breathtaking views of Lake Garda seen from above, the Brenta Group, Presanella and Adamello.

The departure is from Prà Alpesina and immediately you will have to opt for two different routes, the first will lead directly to Bocca Navene , the second will deviate towards Trattospino (1720 m) to reach the station of the cable car of Malcesine . This second option offers one more opportunity to reach the splendid terrace on the Garda visible from the Baita dei Forti and then descend an easy path towards Bocca Navene. From Bocca Navene (1425 m), located 3.7 km from the start of the normal route, where there is a refreshment point, it will be possible to leave for two beautiful refuges, the first one you will encounter on the route is the Graziani refuge , Refreshment Point 6.3 km from the start of the normal route. Following the road that climbs zigzagging you will reach the second refuge towards the Altissimo di Nago , the Damiano Chiesa (2059 m) 9.7 km from the start. We will then continue to Malga Campo and then towards San Giacomo, up to the Refreshment Point of Loc. Mosere (1270 m), again towards San Valentino to return through the suggestive artificial lake of Prà della Stua , at the starting point Prà Alpesina.

It starts from Madonna della Neve at 984 meters and reaches the maximum altitude of 1.538 meters of Malga Artilone. Also in this case there are 31.5 km between the provinces of Verona and Trento and you ride among marmots, chamois and eagles. Along this route you can also see the Navene trenches, which are the ancient border between the Kingdom of Italy and the Austro-Hungarian Empire.

It starts from 359 meters in the locality of Gaon in Caprino Veronese and arrives at 1367 meters of the Colonei di Pesina mountain hut. They are 46.2 km with a constantly changing landscape and from which you can see, in addition to the views of the lake and the Baldo, also the Memorial of Monte Baldo built to remember all the Veronese who died in the various wars, the Botanical Garden and the Astronomical Observatory of Novezzina.

It starts from Gaon (350 m), a town located upstream of the municipality of which it belongs, Caprino Veronese .
The development takes place in a first part to go up and a second to go down to return to the starting point.
Once the trailers have been parked and the horses saddled, we set off in a north-easterly direction towards the locality of Lumini (695 m), from here, towards Prà Bestemà, after 6 km in constant ascent, there is the possibility Punto Sosta (Il Castagneto) for horses and riders. After leaving the Val Zilone, you pass near the homonymous Malga Zilone (1054 m), still further on up to Malga Zocchi (1282 m) up to the Dosso dei Cavalli (1304 m), an extremely vocative place for those who nourish the equestrian passion, continuing for a short stretch. it reaches Malga Colonei di Pesina (1367 m) from which, always going north and going down slightly in altitude, you reach Malga Valfredda (1331 m) from here you can decide whether to choose the normal route or the variant for experts. In the first case, we will go directly, for about 1 km to the second Punto Sosta, (Malga Ime - 1128 m), vice versa we can choose whether to continue towards the next Refreshment Point or make a short detour and then retrace our steps. Normal route
From Malga Ime we will go towards Malga Basiana (1068 m) and we will pass by the suggestive Sacrario del Baldo
Deviation for experts: from Malga Valfredda you will continue straight on staying on the same path Both paths will rejoin in loc. Moie from which, passing through the Alpine Village, you will reach the third refreshment point (located 24.7 km from the start, you will reach the astronomical observatory of Novezza (1235 m) from which the return begins towards home, passing near Cima Gambone (1248 m) you will reach the town of Ferrara di Monte Baldo , therefore an easy path which, after a short ascent, continues towards Basiana, continuing with a constant descent of altitude up to the starting point (GAON)

What to see:
Landscape in constant change from low to high altitude where it is possible to closely observe the highest peaks of Monte Baldo and suggestive views towards Lake Garda.