Over the centuries, the ancient cultivation of olive trees gradually and continuously shaped the rough slopes of Mount Baldo, and is still a characteristic feature of the landscape on the side of the mountain facing the Lake. Its most noticeable aspect are the extensive areas of terraces supported by dry stone walls, created to provide arable land that was suitable for growing olive trees.

The retaining walls of the terraces, sometimes more than three meters high, were built with the stones and fragments of limestone slabs found on the spot. They were shaped in such a way as to be stacked neatly atop one another. The largest rocks were placed on bottom of the wall, while the smallest were put closer to the top as to make the wall more stable.

The filling behind the wall was done the same way, with large stones on the bottom covered with rubble mixed with earth that was previously dug uphill to level off the terrace surfaces. This way, by allowing some soil to accumulate without stopping  groundwater flow, arable land suitable to olive growing was obtained, since olive trees are drought resistant but do not thrive well in soils with stagnant moisture. 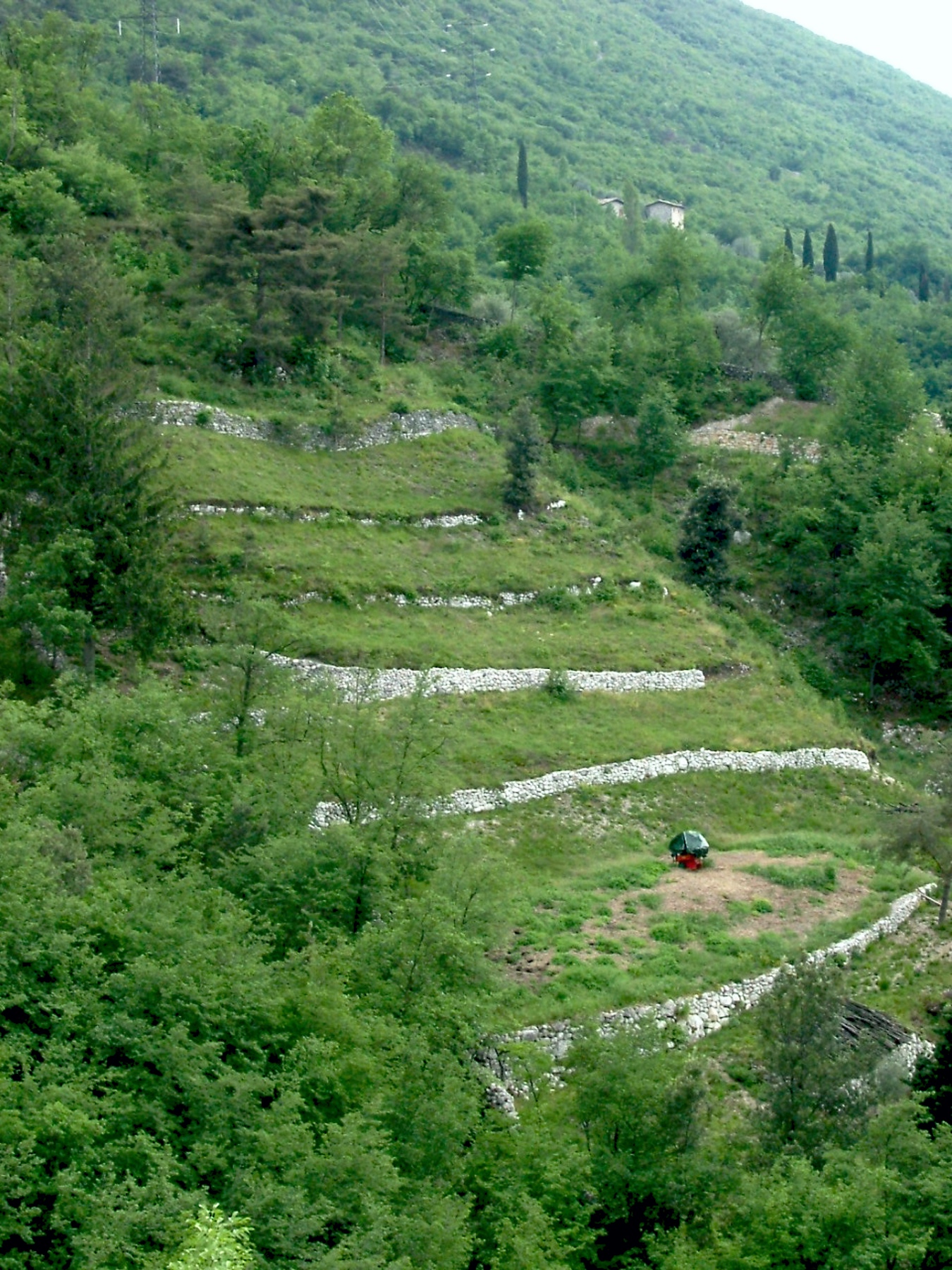 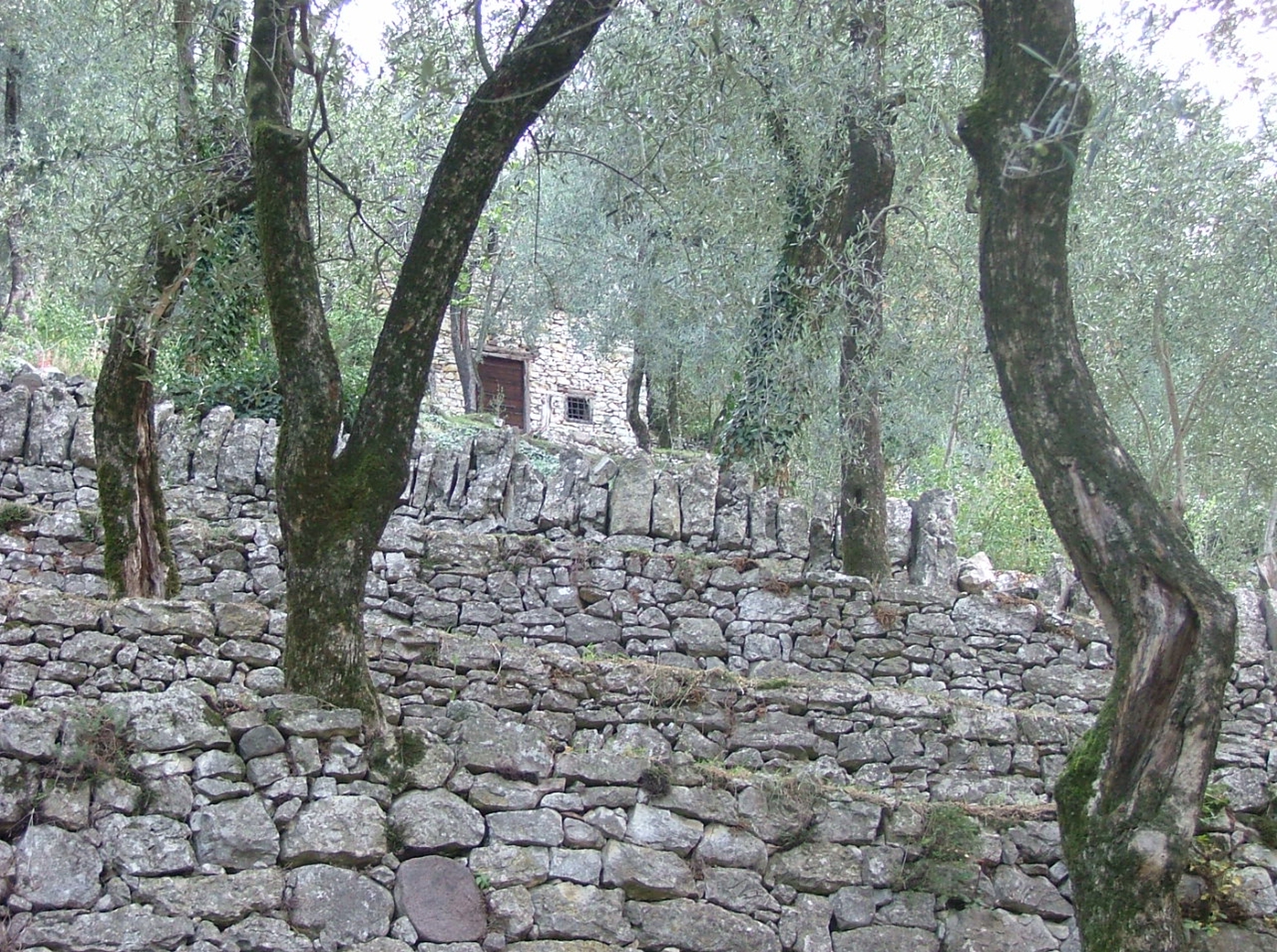 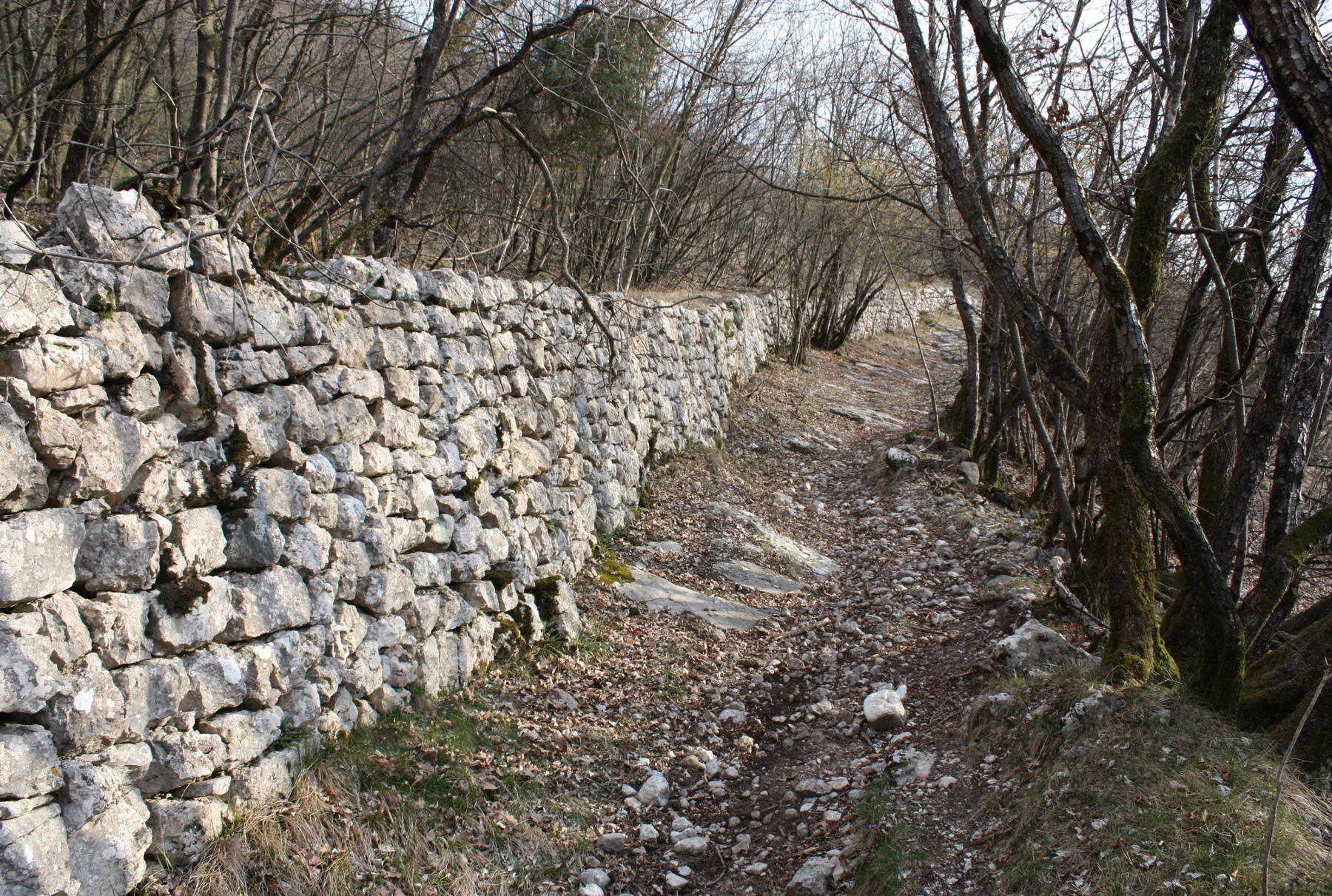 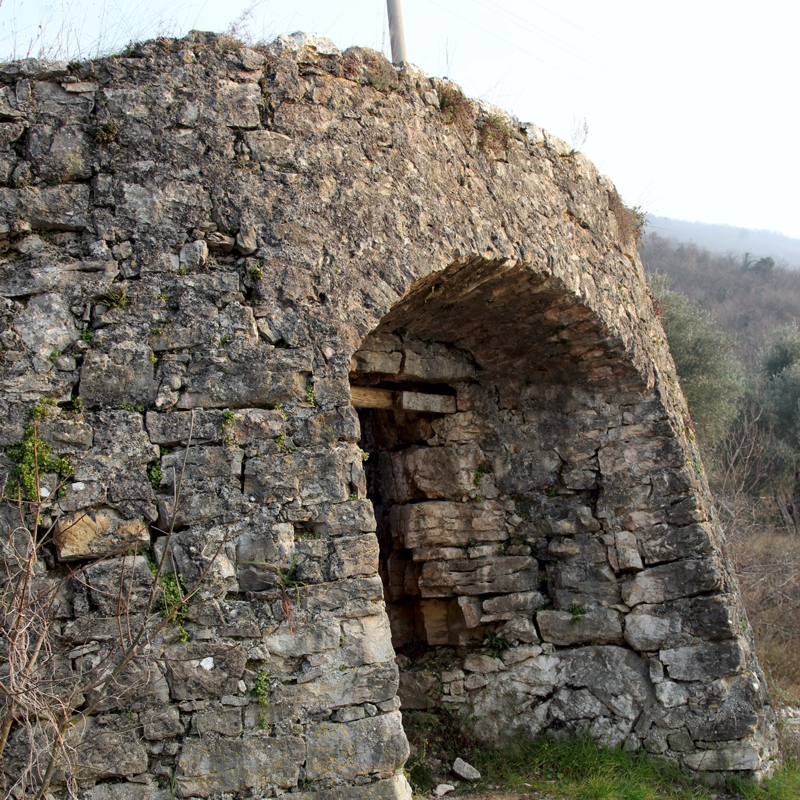