Shrines built from the Middle Ages onward were used to replace the aedicolae and/or the genius loci (protective spirit of a place) of the pagan religion. They represent the outward expression of folk devotion to Our Lady and the Saints.  Situated at crossroads, on the border of a town or in its center, these shrines were meant to offer protection against diseases or prevent damage on seasonal crops caused by adverse climatic events. The Crucifixes located at the foot of the mountains or along the Gardesana road bear the influence of devotion from the Trentino-Alto Adige region.

Shrines in the area are of two different types: the community shrines, such as those found near the village, and private shrines located at the entrance of a farm or placed over the entrance of a home or stable. The former were built to protect a community, the latter to protect individuals.

The shrines still visible today were made in the eighteenth and nineteenth centuries.

These aediculae scattered throughout the territory are the product of humble rural art: handicrafts decorated with frescoes made by local artists who signed their works.  Their sacred images represent the Virgin Mary with various titles alongside saints dear to folk devotion, among which are the local saints Benigno and Caro (their relics are preserved in the Parish Church of St. Stephen).

As to the meaning of the eaves, they were certainly used to give shelter, but also to provide a place where to stop and reflect on Our Lady and the Saints depicted in the shrine.  As a matter of fact, if not in Malcesine but in Brenzone and in other locations around Lake Garda, some of these shrines where endowed with a stone bench (like a “polsaora”) that in some cases is still extant, like the one of Our Lady of Good Help at Marniga or Saint Anthony of the Pontera on the mule track leading to Prada. 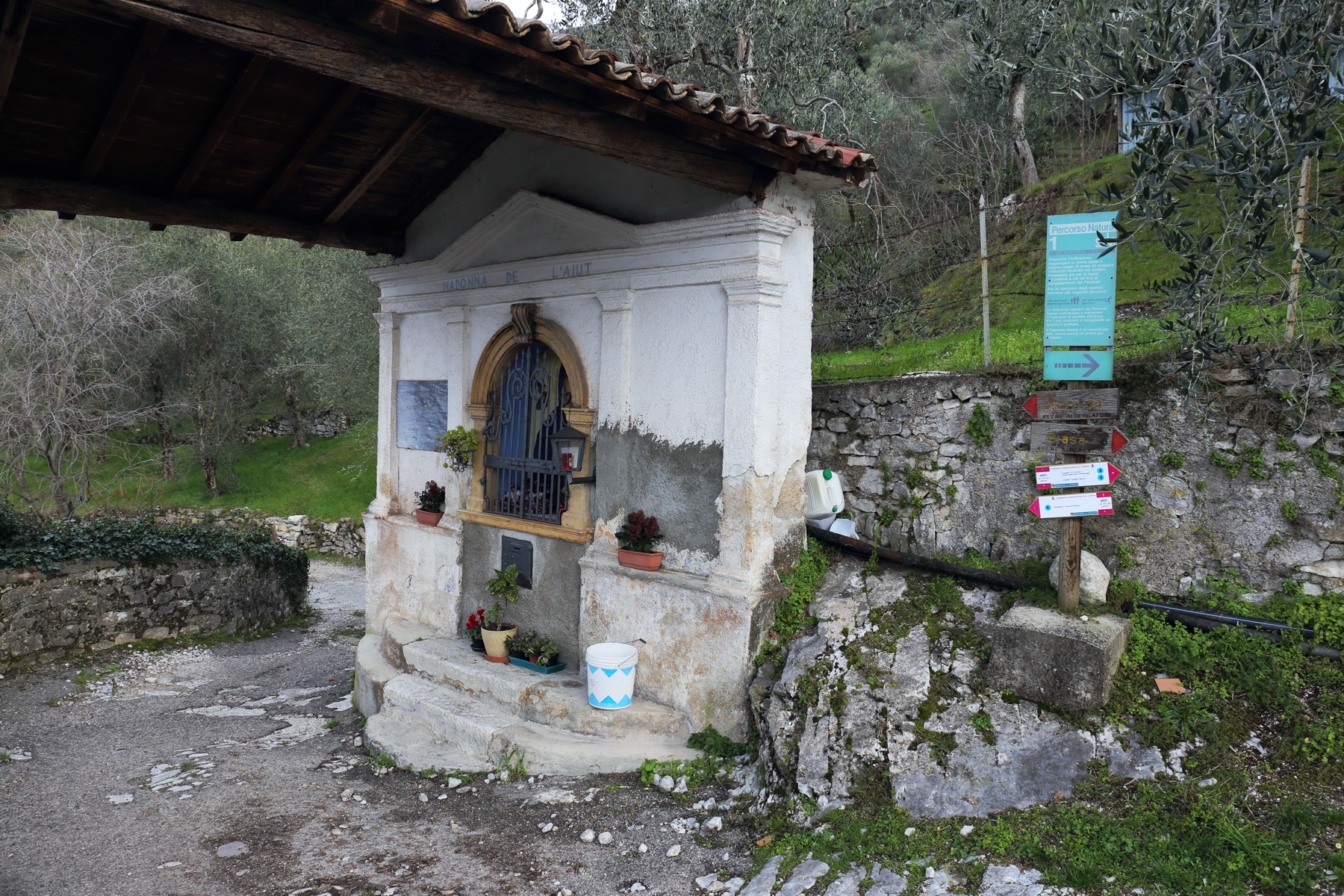 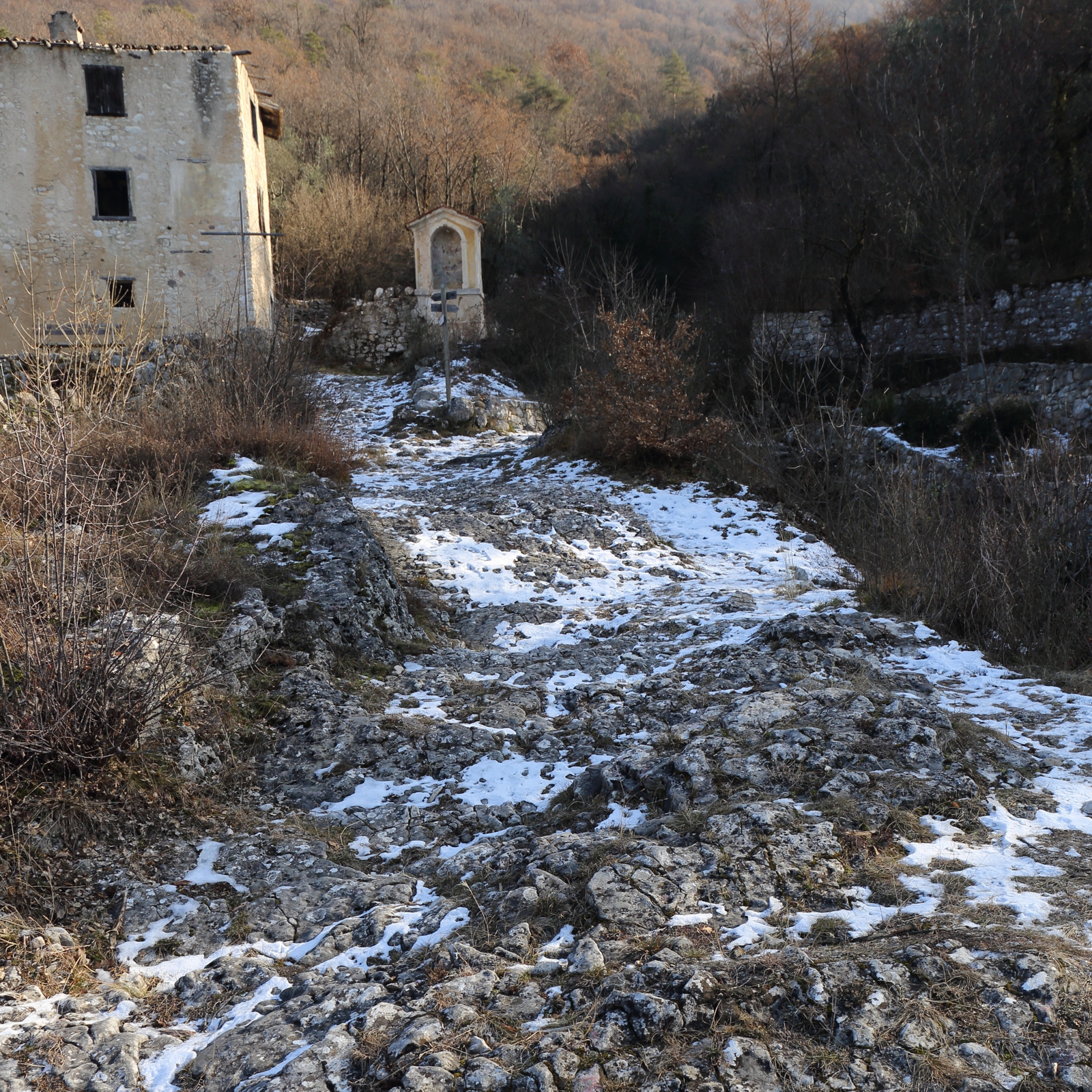 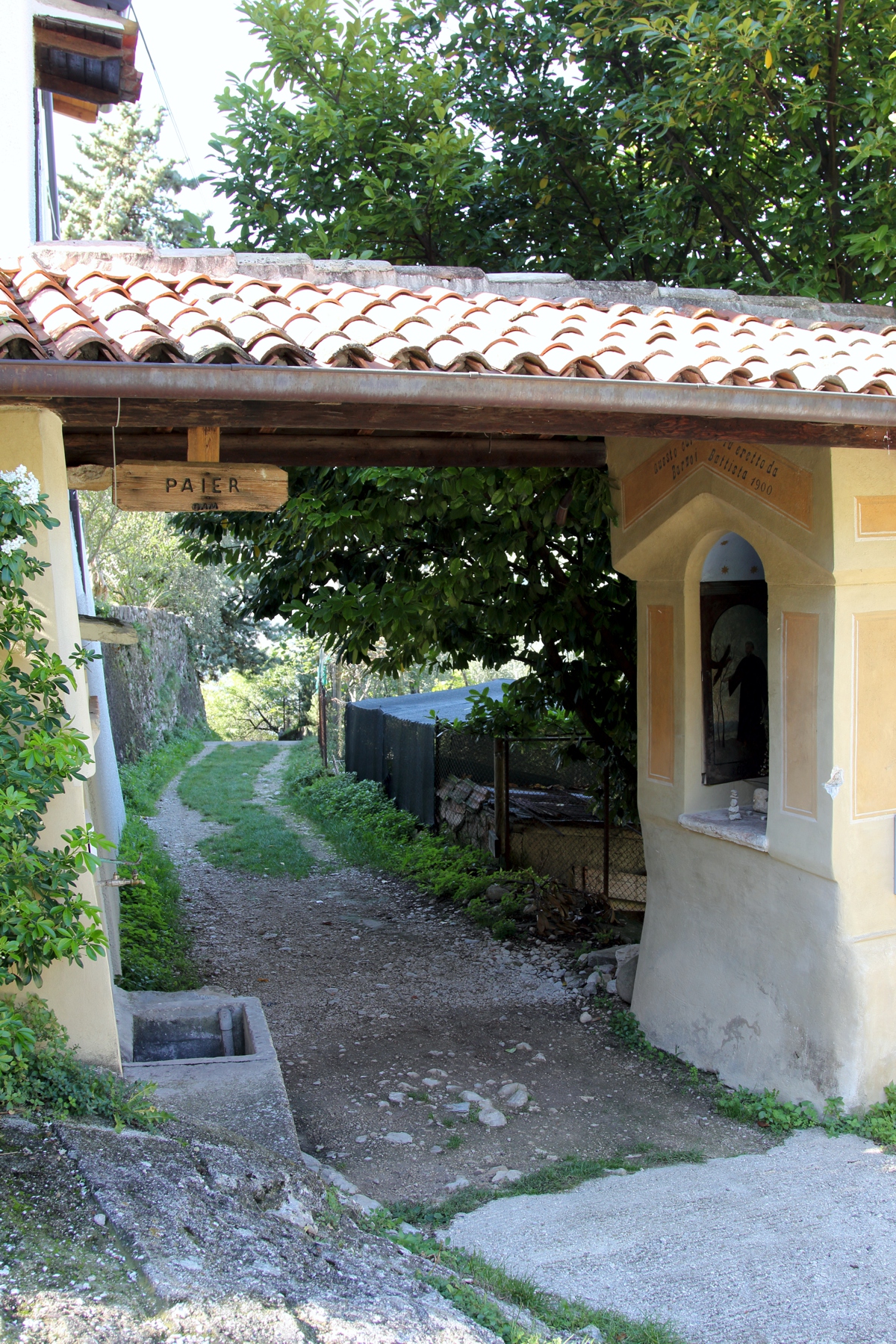 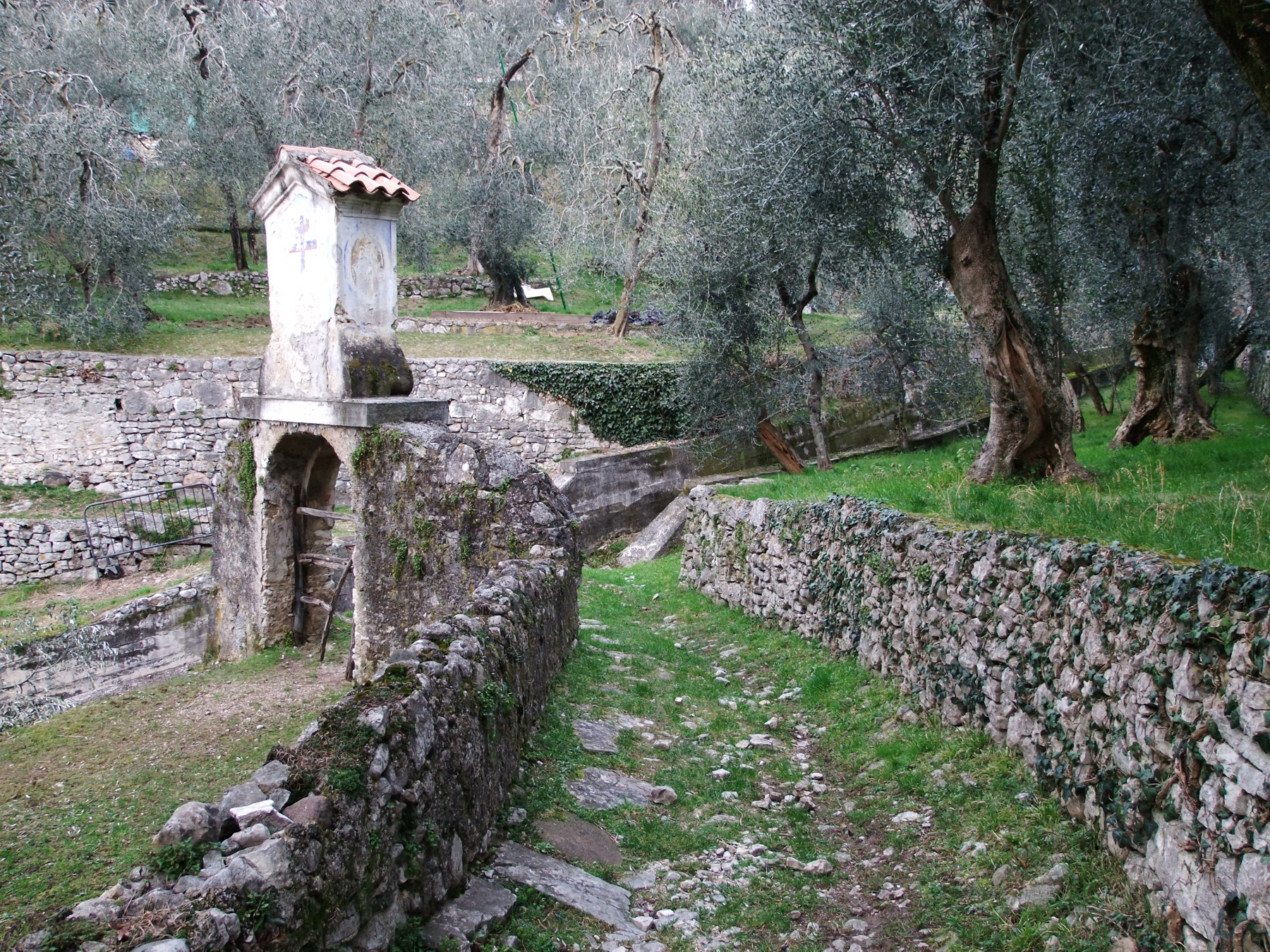 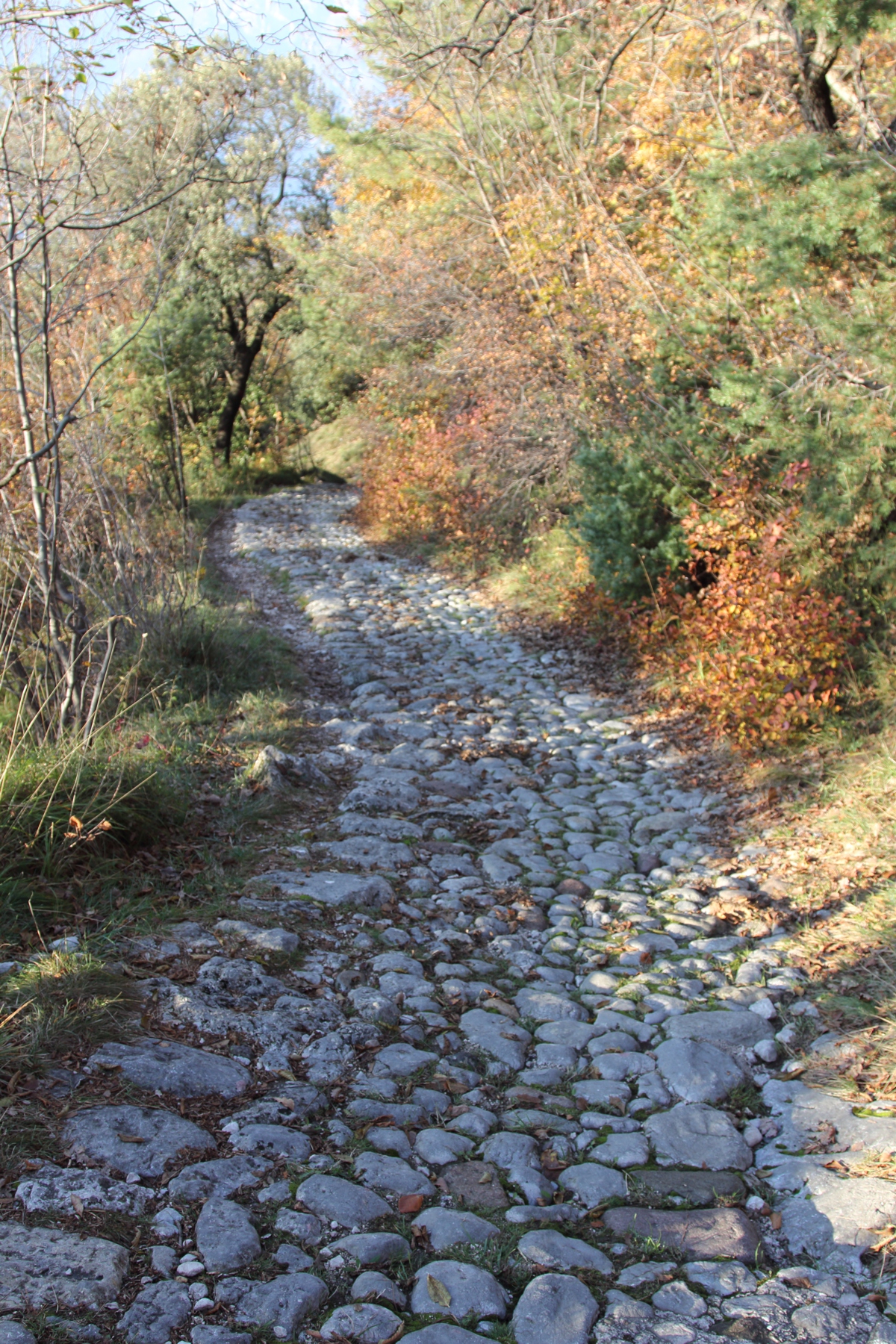